Titan arum, or Amorphophallus titanum. the giant corpse flower, at the Royal Botanic Garden Edinburgh flowered for the 3rd time in 2019. This gallery features images taken on 21st June (images 1-3), a couple of days before peak flowering; when the spathe curled back and the infamous smell was unleashed. The majority of images were photographed on 24th June, the day after the peak the night of the stench (it reputedly smells really bad). Sadly, there was only a slight whiff the next morning, but you won't be able to tell the difference in a photo gallery anyway. I circuited the walkway a few times, to try to capture the impressive and massive flower from a variety of perspectives, including some more intimate close-ups of the detail of the spathe (the leaf of the flower), which is beautiful in both shape (curvaceous) and colour (a dark fleshy pink). There follows 3 photos of New Reekie taken on 27th June, when Edinburgh's Amorphophallus titanum flower began to show signs of wilting. The final 2 photos of New Reekie were taken on 1st July, showing New Reekie 3's flower in full 'big flop' mode.

To read more on the story of the 3rd flowering of New Reekie, visit the Blog, New Reekie 3 and the Power of Plants. 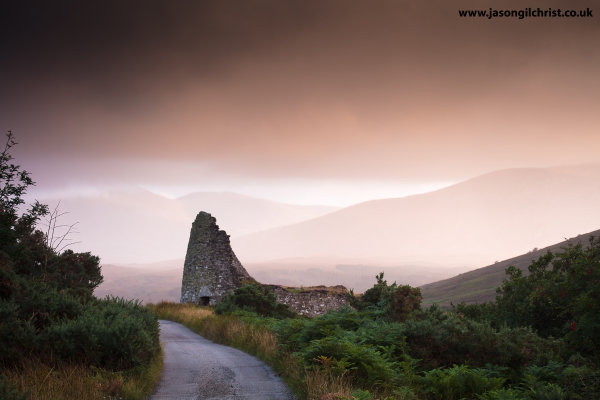