Click on an image to enlarge, and use the next or arrow key on your keyboard to move through the sequence.

It is not every day that the good folks of Edinburgh get the opportunity to see a sperm whale.... The appearance of one such behemoth, albeit a dead one, on the beach at Portobello in the early hours of Saturday 11th January therefore understandably caused quite a stir. Nevertheless, the next morning, gathering Moby Dick hunters were treated to the surreal sight of dog walkers on Portobello beach flanked by the carcass of a dead whale. On Sunday morning 12th January, at 1100 the subadult male sperm whale made its final journey, as it was towed to Burntisland, Fife for road transport via lorry to a landfill site by Dunbar to await a post-mortem by specialist vets. It is not every day that Scottish cetacean vets get the opportunity to post-mortem a sperm whale....

On the day of carcass removal, as the tide came in on Portobello beach, the whale gradually shifted as the rising water level buoyed its estimated 20-30 tonne mass. Whilst it slowly twirled in the Firth of Forth, a tug (the ‘Forth Fighter’) from Leith arrived, shortly before high tide, to tow the whale away from the steady mass of observers gathered by the car park next to the Rockville Hotel, eager to glimpse one of the largest species of mammal to ever live on Planet Earth.

Even though this whale was not a fully grown adult, at 13.8 metres length, it was a dramatic sight, and it made the recovery vessel look less than huge. Two persons aboard an outboard-driven inflatable boat roped the whale around the narrower section of the tail anterior of the expansive fluke. The Leith tug then chugged off across the Firth of Forth with the whale making a slightly undignified final bow towards Joppa and Portobello, pectoral fin waving goodbye, as the Joppa whale was pulled backwards off across the water to Fife and hopefully to a better understanding of what caused this unusual stranding.

Early reports had suggested that the beast on the beach was a basking shark (it was not) and that it had been wounded/killed by colliding with the propeller of a ship. The latter is also now, post-mortem incorrect, the large gash wounds likely caused by damage on the rocks as this deep sea creature entered shallow water. We now have a conclusion from the vets on what caused the untimely death of this unfortunate creature. The Joppa Whale likely got disorientated in the Firth of Forth, and beached, subsequently dying, crushed under its own gargantuan weight as the tide went out.

Sperm whales (Physeter macrocephalus) are the heaviest of the toothed (predatory) whales on Earth, adults weighing up to 70 tonnes. Made famous by the whaling novel Moby Dick by Herman Melville published in 1851, they are mammals (not fish!) that feed upon squid, octopus, fish and crabs in the deep sea. Whaling for oil from their sperm ducts in the 18th and 19th Centuries had a serious negative effect on the global population. They are also highly social, living in matriarchal (female lead) family groups, and bachelor pods. This young male had likely left his mother’s group and was hanging out with other sub-adult males; only bachelor pods occur in the cold waters around Scotland. Where his group are and why he left them is another unknown, but we can only hope that the other members of his pod are in good health and that they will not similarly arrive on one of our beaches.

The spectacle of a dead sperm whale on a beach on the outskirts of Edinburgh drew in the crowds on both days that he lay on Portobello Beach. Why did so many people flock to see a dead whale? There are likely two main factors; (i) its size, and (ii) its rarity. Even this juvenile whale was massive (estimated at 20-30 tonnes). What is the largest wild land mammal we can see (dead or alive) in Scotland? A good red deer stag, Scotland’s largest wild land mammal, weighs in at about 130 kilograms. The whale at Joppa weighed the equivalent of 153 red deer stags. So a sperm whale is probably the biggest animal most Scots would ever see. Let us think beyond Scotland then; what is the largest land mammal in the World? That would be the African elephant, the world record holder of which weighed 12.25 tonnes. The whale was therefore likely the largest, heaviest creature that most people will see in their life. That brings us to the second factor; how rare is it to see a sperm whale (even a dead one) in Scotland? What would be a comparable wild land carnivore? We have the badger, and we have the fox. Many of us will not have seen a live badger or fox, but most of us will have seen them on or by our roads, unfortunate casualties of collision. Anyway, the point is that in our life we likely see many dead badgers and foxes. How many dead sperm whales are we likely to see in our life? The answer is the whale at Joppa (one). And that, together with the inquisitiveness that is human nature, the will to see the unusual, and to think about it, is what brought throngs of people to the promenade at Portobello Beach to see a dead whale.
Whilst there is sadness at seeing such a magnificent creature dead, the arrival of this individual on a beach near the capital city, reminds us that these creatures are Scottish, in the sense that sperm whales regularly swim in Scottish waters. It is simply that we do not often see them. That such super-massive and little-understood creatures ply our waters hopefully encourages us all to be aware and sensitive to the needs of the greater marine environment. At the very least we should aim to minimise pollution and conserve food stocks for marine creatures like Joppa the sperm whale.

All images are copyright of Jason Gilchrist; contact me direct via the Contact page for permission to reproduce. 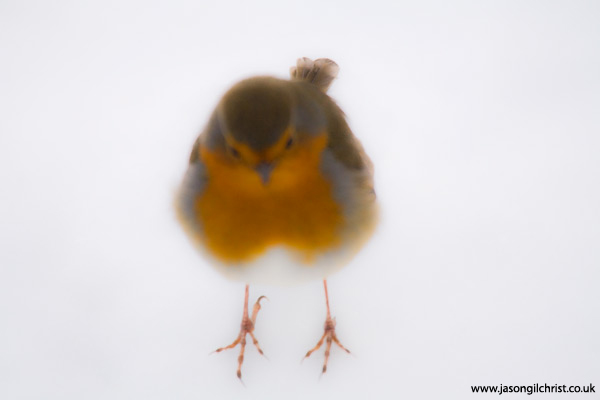