A new plesiosaur, it’s ecological and evolutionary context, and the Loch Ness Monster 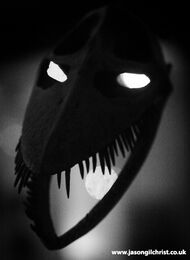 It just won’t go away.

A recent headline in The Telegraph claims “Existence of Loch Ness Monster is ‘plausible’ after fossil discovery”.

Not so long ago, in April 2022, the Daily Mail published “the most compelling footage to emerge in 20 years of hunting Nessie”.

We rarely go a month of two without an attention-grabbing headline channeling the mythical beast of the loch. 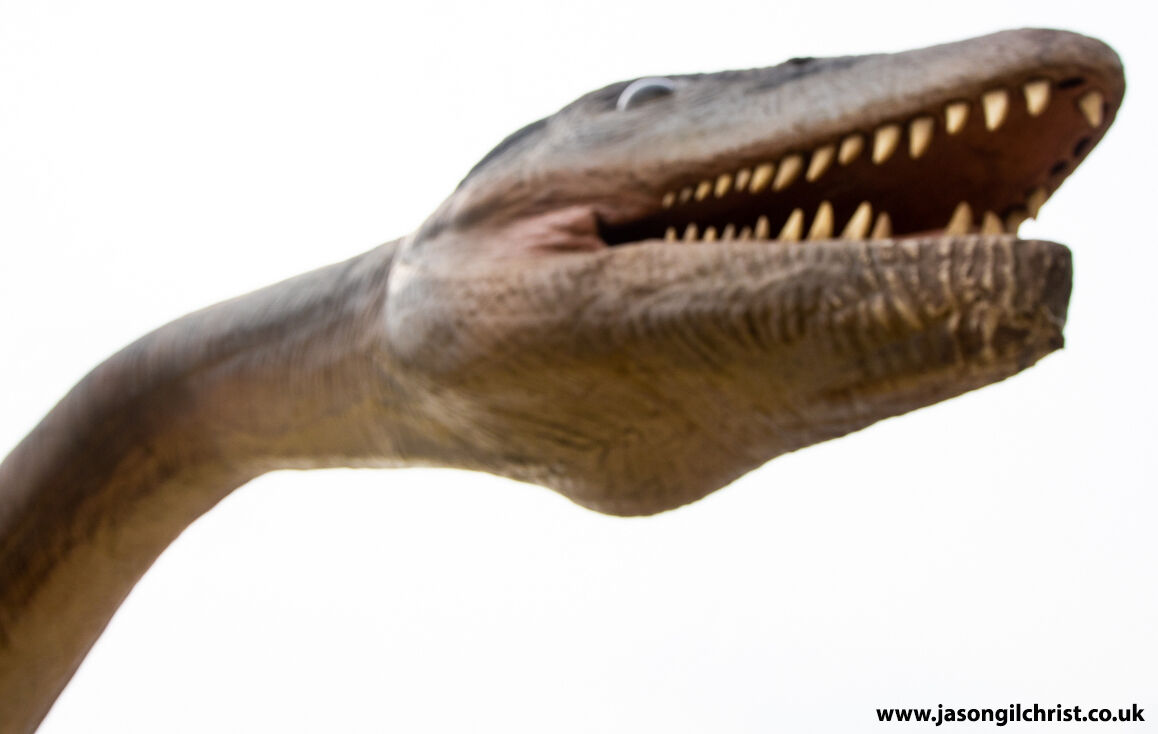 Is this the Loch Ness Monster?


Despite numerous searches for the Loch Ness Monster, including some scientific ones, and the debunking of various hoaxes, over many years, the claims and reports of a monster in the loch never cease.

I previously wrote for The Conversation following a comprehensive eDNA study of Loch Ness by Professor Neil Gemmell and colleagues. It was the most unequivocal study yet to debunk the monster myth. Scientists took water samples from the loch and analysed them, identifying animals that live in the loch from their DNA (see list provided by Prof. Neil Gemmell), and looking for unfamiliar DNA that could represent something a bit special. They didn’t find anything suspicious. Nothing reptilian. And the closest they got to a monster was a lot of eel DNA. However, I concluded that article with the statement: "Science being science, we can never say with total confidence that there is no Loch Ness Monster". That remains true. And probably always will. The Loch Ness Monster does indeed live on. 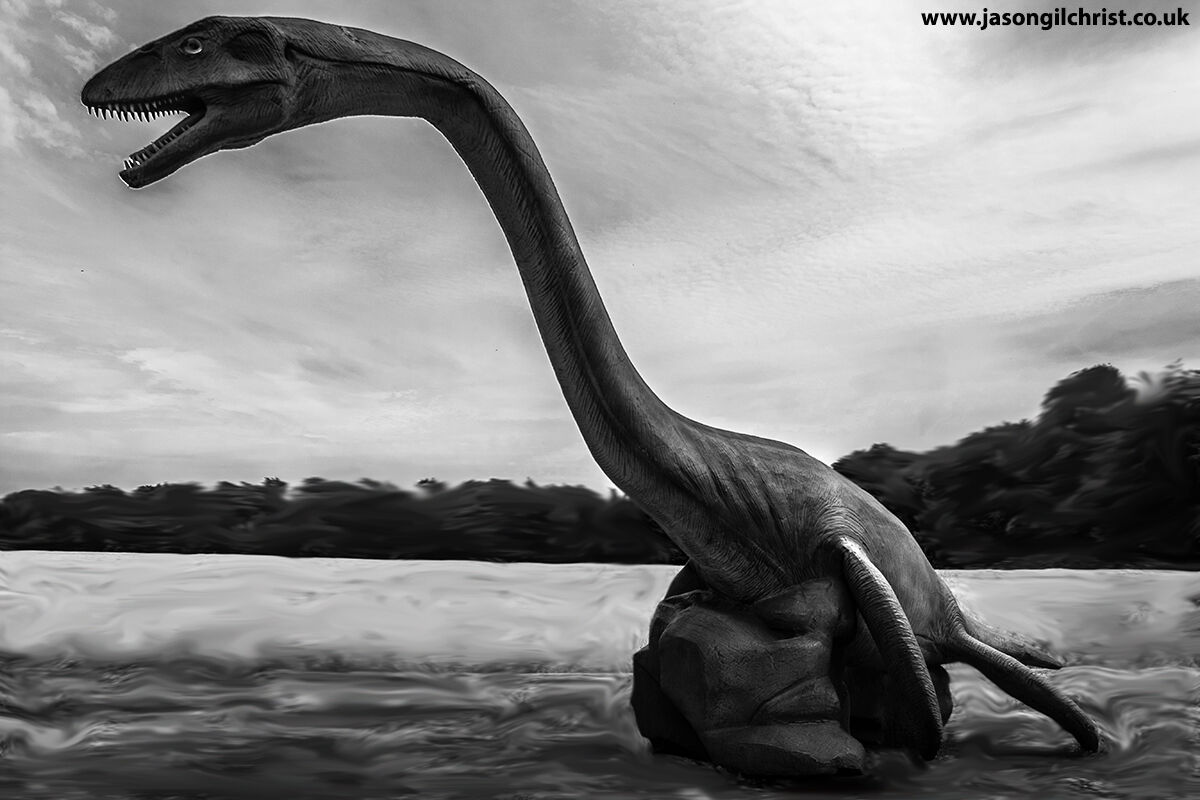 However, The Telegraph headline is a bit of a stretch… The scientific research paper upon which the article was based is titled “Plesiosaurs from the fluvial Kem Kem Group (mid-Cretaceous) of eastern Morocco and a review of non-marine plesiosaurs”. Rightly, there is no mention of any Loch Ness Monster in the scientific paper.

So, why and how can a paper about plesiosaurs - extinct giant marine reptiles that died out with the dinosaurs - somehow add fire to the Loch Ness Monster flame?

First, let’s consider why the Loch Ness Monster is associated with plesiosaurs. According to Zoologist and Monster Hunter Dr. Darren Naish, early sightings of sea monsters (let’s include the Loch Ness Monster in that box) reported or visualised creatures that didn’t particularly resemble a plesiosaur. The morphing of monster sightings into a plesiosaur-shaped animal coincided with popular press reportage and access to visualisations of plesiosaurs. Prior to that, people (the general public) didn’t know that plesiosaurs existed, or what they looked like. Once people knew about plesiosaurs and what they looked like from drawings in the popular press, and exhibitions, then sea monster and Loch Ness Monster sightings/reports started to fit a plesiosaur morphology. Dr. Naish refers to this as "the plesiosaur effect". 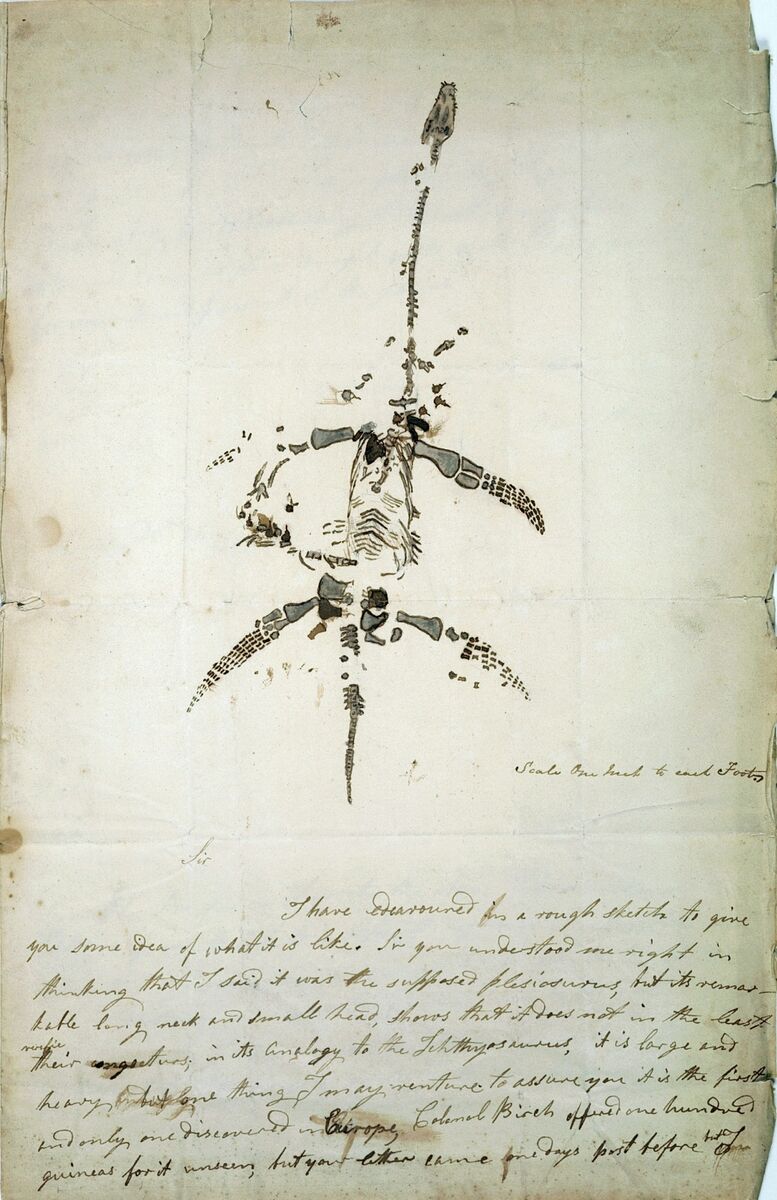 Plesiosaurus dolichodeirus. Letter with sketch and notes on the first plesiosaur to be discovered. By Mary Anning, 1823. CC by 4.0. Source: https://commons.wikimedia.org/wiki/File:Mary_Anning_Plesiosaurus.jpg.


Plesiosaurs were a family of long-necked giant marine reptiles, with a small head, streamlined whale-like body, and a pair of paddle-like fins at front and back. Famous fossil-collector Mary Anning found the first plesiosaur (Plesiosaurus dolichodeirus) fossil skeleton in Lyme Regis, south England, in 1823. The largest plesiosaur is thought to be Leiopleurodon ferox, although the length estimate of 25 m, and consequent weight estimate of 150 tonnes(!) are controversial.

Now let’s look at the findings of the scientific paper. How does the recent science, reporting fossil plesiosaur material dated at 95 million years ago, in Morocco, make the Loch Ness Monster “plausible”?

The paper, by Georgina Bunker and colleagues, reports plesiosaurs from what is now the Sahara Desert, but what was, based on palaeoenvironmental materials, a riverbed back in the Cretaceous period. We have to be wary that the environment in which an animal is fossilised is not always that which it lived in. The carcasses of land and sea animals can, on occasion, be washed into freshwater riverine habitats. But the paper convinces that there is evidence to indicate this plesiosaur spent time in the river in life.

The paper reports scattered bits ’n’ pieces disarticulated fossil material (so much so that “the material is insufficient to warrant naming a new species”) from multiple (at least 12) plesiosaurs – including a 3-metre long adult and a 1.5 metre long baby. All are identified to belong to the family Leptocleididae. Fossils excavated in the same stratum indicate that they shared the environment with lungfish, frogs, salamanders, and freshwater Unionid mussels (all of which are freshwater-only taxa), crocodiles, turtles, and dinosaurs, including the huge predatory semi-aquatic celebrity-theropod dinosaur Spinosaurus. 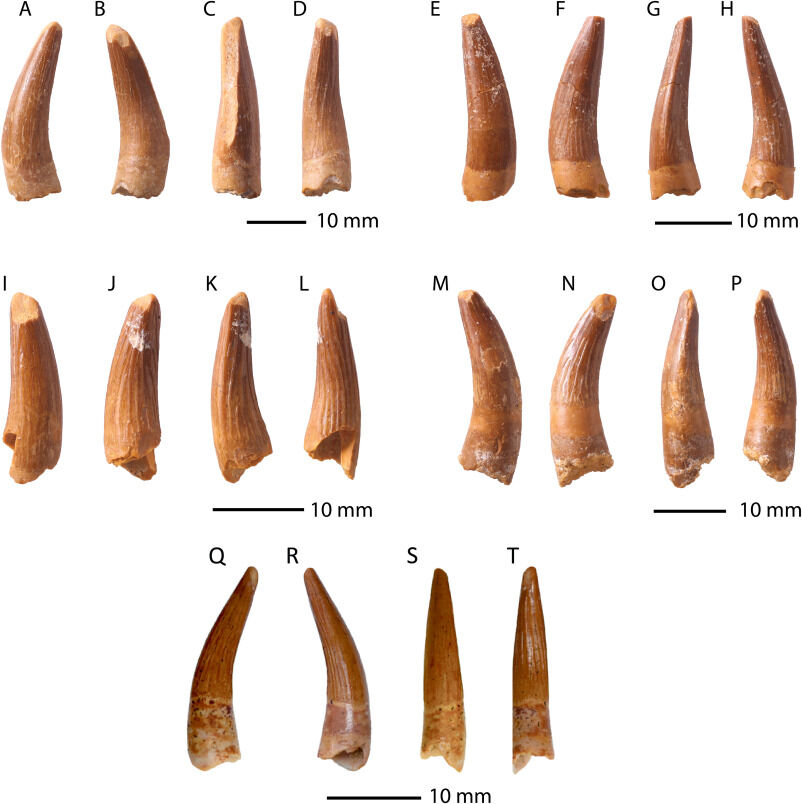 
The number of individuals, in particular the number of teeth (shed during life, as evidenced by broken roots), and the wear patterns (heavy chipping as for Spinosaurus that predated upon armour-plated freshwater fish) on the teeth (marine plesiosaur teeth do not show heavy wear), all point to these plesiosaurs spending time alive in the river system. Whilst traditionally viewed as a marine animal group, the evidence points to at least some plesiosaurs living in freshwater habitats at least some of the time. 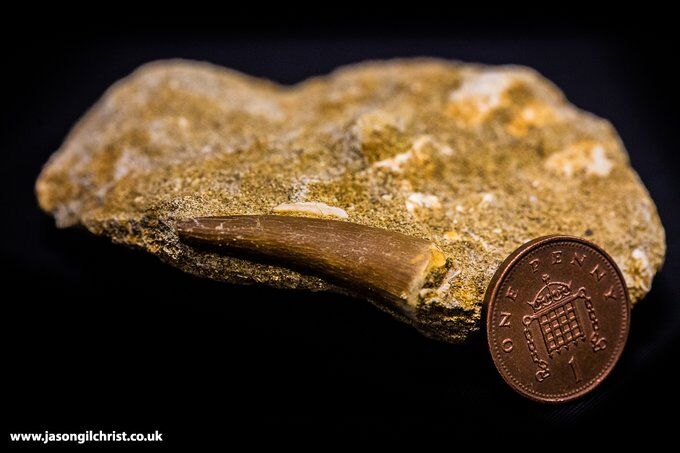 It’s not unusual for some living marine mammals to visit freshwater habitats, e.g. beluga whales (Delphinapterus leucas), and some species within marine-specialised groups have evolved to live permanently in freshwater systems, e.g. five species of river dolphin. History (and evolution) tends to repeat itself. According to corresponding author Dr. Nick Longrich “I argue the simplest explanation that fits the facts [is that] these marine reptiles occur frequently (and exclusively) in freshwater beds because they’re not really marine reptiles”. 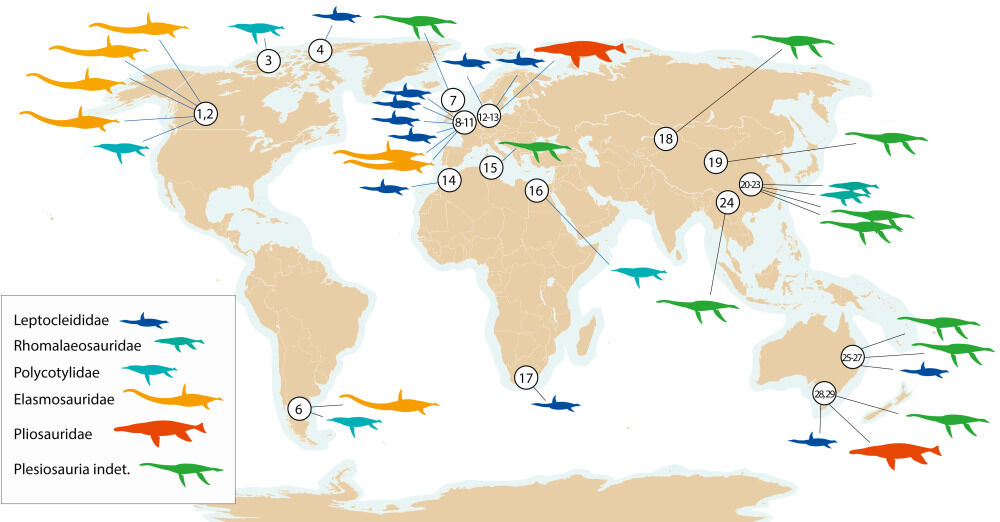 Geographic distribution of non-marine Plesiosauria. Figure 11 from Bunker et al 2022 "Plesiosaurs from the fluvial Kem Kem Group (mid-Cretaceous) of eastern Morocco and a review of non-marine plesiosaurs" in Cretaceous Research.


This is not the first evidence of freshwater-living plesiosaurs. The Kem Kem plesiosaur adds to an accumulating volume of material suggesting that plesiosaurs were not confined to marine environments. Other Leptocleididae have been found in fossil material of brackish or freshwater origin in England, Africa, and Australia, with long-necked elasmosaurs (Elasmosauridae) discovered in similar habitats in China and North America. The researchers propose that marine plesiosaurs and other Mesozoic marine reptiles, including, teleosaurids and mosasaurids, evolved freshwater specialism independently in multiple lineages. The freshwater occurrence and evolutionary/phylogenetic placement of Leptocleidids has been considered before. 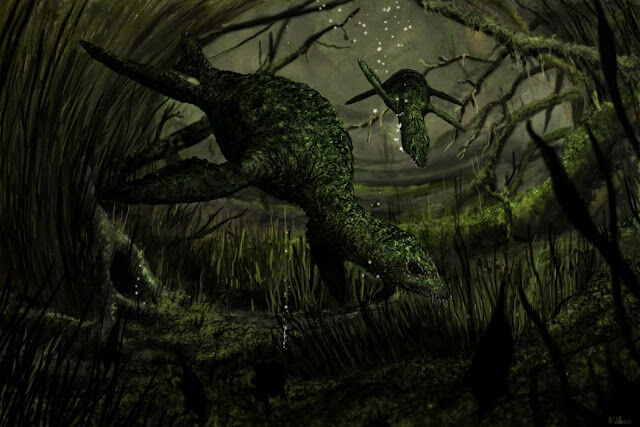 
Is the Loch Ness Monster ‘plausible’?

Technically, the paper makes the ‘Loch Ness Monster is a plesiosaur’ argument marginally more plausible than before the paper. Because it evidences another plesiosaur species that appears to have lived in a freshwater habitat (Loch Ness is freshwater). But the suggestion that there is a sustainable population of plesiosaurs in Loch Ness has never been remotely plausible.

There are lots of reasons for why the Loch Ness Monster, should it exist at all, is not a plesiosaur. I won’t go through them all here. Most fatal to the plesiosaur theory is that plesiosaurs went extinct with the (non-avian) dinosaurs at asteroid-induced end of Cretaceous mass extinction event 65.5 million years ago... There is no scientific evidence, fossil or otherwise, to indicate any plesiosaur survived the aftermath of the cataclysmic asteroid impact.

There is also the small matter that Loch Ness did not exist until 10,000 years ago. It was under ice during the last ice age. Every species that lives in the loch now has colonised since the last ice age. So, thoughts of the Loch harbouring some relict population of prehistoric giant marine reptiles from the Cretaceous are far-fetched to put it mildly.

The Kem Kem plesiosaur – celebrated in its own right

The paper made the headlines with the ‘Loch Ness Monster is plausible’ tag. Such sensationalist and inaccurate reporting is, I feel, detrimental to the value of the science contained in the paper.

The researchers did a wonderful job of Sherlock Homesian palaeontological sleuthing – prospecting boxes of mixed fossils collected from a variety of local quarries in Morocco, recognising and picking-out plesiosaur material, identifying the creature’s taxonomy based on scraps (a few individual bones), and placing the new-to-science animal within an ecological and evolutionary community context.

Was this plesiosaur (and other freshwater derivatives of a marine taxon) boxed-in from a geographic and therefore evolutionary perspective (see Nick Longrich’s Blog for more on this)? If most or all Leptocleidids were freshwater, then maybe not…


The Kem Kem plesiosaur was small by plesiosaur standards; estimated body length ~ 3 m, probably weighing the same as a similarly-sized Plesiosaurus ~ 450 kg. But there are only a handful of species alive today that could rival or match this body size for a predatory freshwater tetrapod (a non-fish vertebrate); within the crocodilian reptiles and cetacean mammals. The largest contemporary freshwater-living carnivore is the Nile crocodile, Crocodylus niloticus, which is substantially bigger (6.5 m) and heavier than the Kem Kem plesiosaur at 1089 kg. The largest freshwater predatory mammal alive today is the Amazon river dolphin, or boto, Inia geoffrensis, which is up to 2.5 m long and weighs ~ 200 kg.


But the Kem Kem plesiosaur was not the largest tetrapod predator to live in its’ freshwater ecosystem. It shared habitat and food with the giant carnivorous dinosaur Spinosaurus aegypticus (14 metres long and weighing 7.4 tonnes), and a large crocodylomorph named Elosuchus cherifiensis (~ 5m long, equivalent to a black caiman, Melanosuchus niger, which weighs 600 kg). There was also a bunch of large predatory fish (at least six species over 1.5m) living in the river. 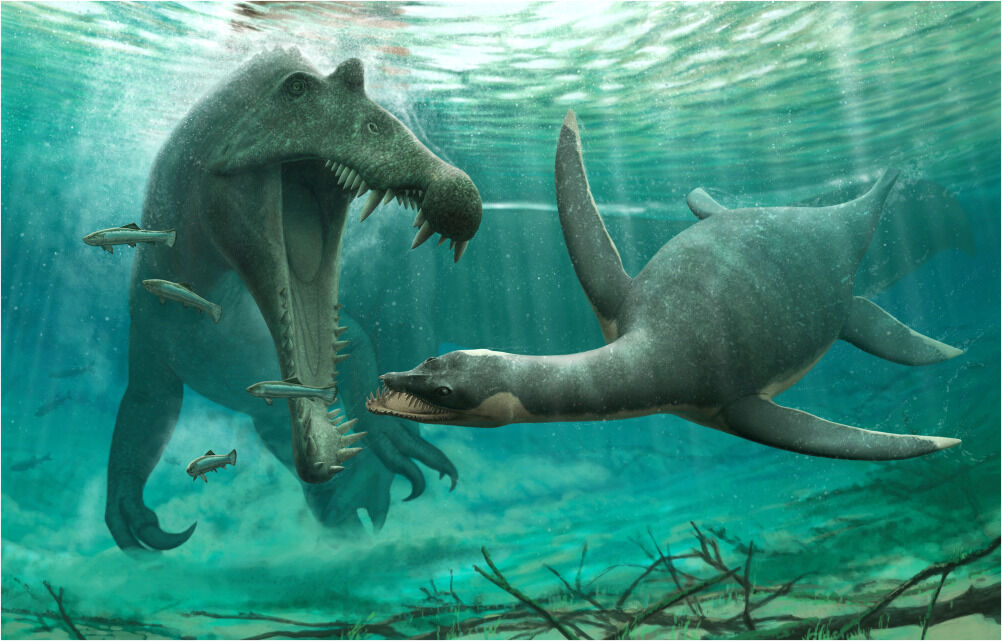 Intra-guild predation in action? Are these two going for the same fish? Or is Spinosaurus going for the plesiosaur? Life reconstruction of Kem Kem leptocleidid plesiosaur with Spinosaurus aegypticus dinosaur. Artwork by Andrey Atuchin. Figure 12 from Bunker et al 2022 "Plesiosaurs from the fluvial Kem Kem Group (mid-Cretaceous) of eastern Morocco and a review of non-marine plesiosaurs" in Cretaceous Research.


For me, as an ecologist, one of the most interesting aspects of the paper is the picture it paints of a predator-rich ecosystem, with numerous large fish species (coelacanth included), in addition to Elosuchus and Spinosaurus. Lots of predators requires lots of prey, and the evidence supports a high diversity and biomass of aquatic vertebrates. As Professor Dave Martill, one of the researchers says: “What amazes me is that the ancient Moroccan river contained so many carnivores all living alongside each other. This was no place to go for a swim”. Indeed, and I suspect that there was some intra-guild predation going on. Did Spinosaurus and Elosuchus supplement their piscivorous diet (of fish) by taking the occasional plesiosaur?

In the UK today, our most species-rich freshwater tetrapod predator communities contain otter (Lutra lutra) and grey heron (Ardea cinerea), and our biggest freshwater fish is the Pike (Esox lucius, the largest of which ever recorded is estimated at 1.2 m long) with nothing else in the same ball park size-wise. That’s just not anywhere near the level of large predator diversity in the riverine habitat of the Cretaceous Kem Kem.

The Amazon, of Brazil, by comparison, is a good place to look for a contemporary ecosystem with comparable freshwater large tetrapod carnivore diversity. Alongside the boto, the Amazon is home to the giant otter (Pteronura brasiliensis), black caiman, jaguar (Panthera onca), and the cocoi heron (Ardea cocoi, the largest fishing bird of the Amazon, although at 3.2 kg, this dinosaur is no Spinosaurus). But no other ecosystem on Earth today comes close to the Amazon in this respect. Just thinking about this made me appreciate the biodiversity of the Amazon all the more and the need to protect and conserve its unique amazing wildlife community.

Rather than obsessing about whether and what mythical beasts are out there, we need to do more to celebrate, understand, and conserve the real living creatures that we still share Planet Earth with. 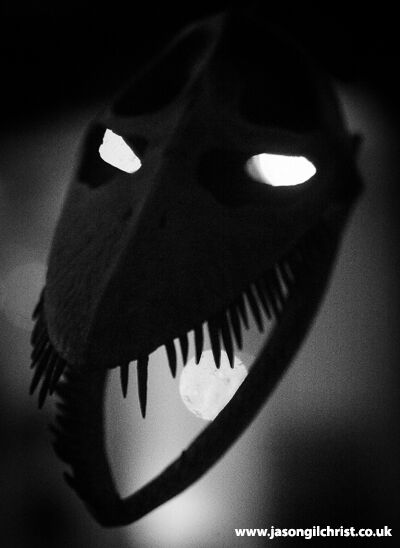 Plesiosaur skull (on skeleton) at the Hunterian Museum, Glasgow, Scotland. Cryptoclidus eurymerus, a mid-Jurassic large marine reptile, over 160 million years old. Excavated at start of 20th Century from a clay pit near Peterborough.
Next
Previous