In November, I took a trip further north in Scotland than I had managed before. Thing is, usually, whenever I plan to go farther north, I get distracted on the way and never make it to my intended northernmost destination.... But on this trip furthest north was achieved at Tongue.

Basecamp was Ardgay, a small village on the east coast of Scotland, on the Dornoch Firth, just across the causeway from Bonar Bridge. I settled into a routine of early morning local walk (mostly down to a nearby picturesque bay on the Firth) and then an exploratory rest of day drive to ‘roads less travelled’ further afield.

There is plenty in the Sutherland region to explore if you love the outdoors, scenery, wildlife and some culture. Cameron McNeish visited the region for his 2016 Roads Less Travelled (Adventure Show Special) for the BBC. Like Cameron, I like to look at a map and head for interesting looking destinations, or not look at a map and see where the road or path takes me.

In November, the roads, villages, and towns are relatively quiet. So, there is a peacefulness to the experience and at times it is possible to feel alone in the expansive landscape. There is a lot of flat coastal scenery, and also some rewarding hills and mountains inland and towards the north-west, including the North West Highlands Geopark. The landscape of the region is diverse, with sandy beaches, the sea, wooded glens and rivers, sheep grazing, abandoned crofts, lochs and lochans, and the occasional ruined castle. At times it is barren. Sometimes it is imposing. Often it is inspiring.

The area is overlooked by a remarkably imposing memorial to the much-maligned Duke of Sutherland. The memorial stands astride the most barren of hills and is visible from very very very far away. Seemingly no matter how far you go, or how hard you try to escape, the Duke is inevitably watching over you and all others who traverse his land...

There is some hardy wildlife about. Amongst the highlights were the very Scottish red deer, harbour seal, red squirrel, red-throated diver, the (not very common) common scoter, and whooper swan.

Weather was abundant. There were clear sunny spells, dreich downpours, sleet, blizzard snow, frost, and ice. I managed to crack two ribs during the week. (i) An innocuous slip early in the trip on a wet grassy slope re-invigorated an old injury (cracked rib on my left side). That hurt quite a lot until, near the end of the week..., (ii) I slipped on black ice, and created a new injury – on the right of my (apparently increasingly fragile) ribcage. I soon forgot about my cracked left rib – the cracked right rib was a lot more painful! At least breaking ribs whilst out and about in Scotland makes a change for me from breaking camera equipment...

A gallery will post to the Scotland Galleries, so check back later. But for now, enjoy the photos below: one for each day of my November trip to Sutherland in the Highlands of Scotland.

Scroll down to view photos from the trip. Click on an image to read more about it. 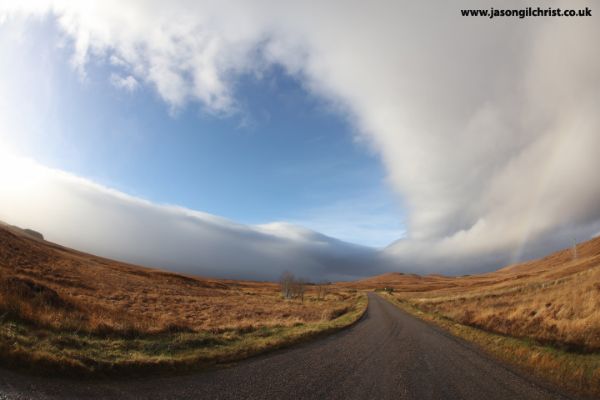 Roads Less Travelled - Sutherland, the A838. 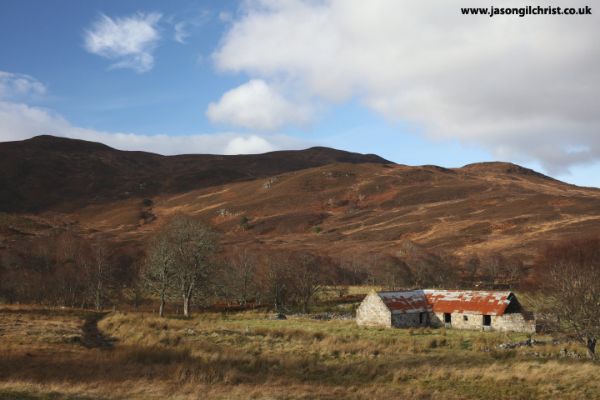 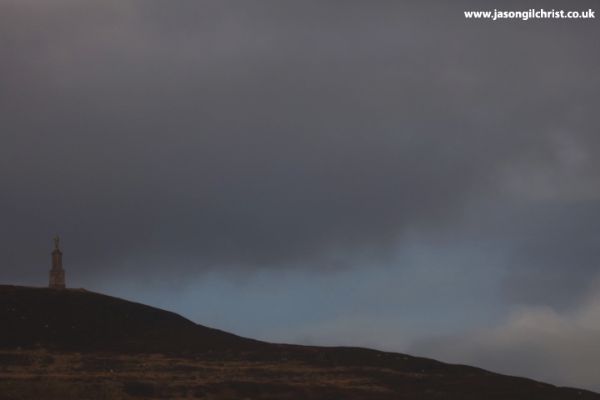 The Duke of Sutherland - The Mannie. 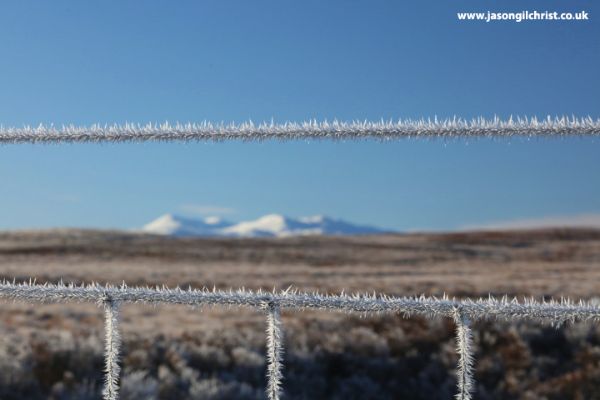 Through the frosty fence, Sutherland. 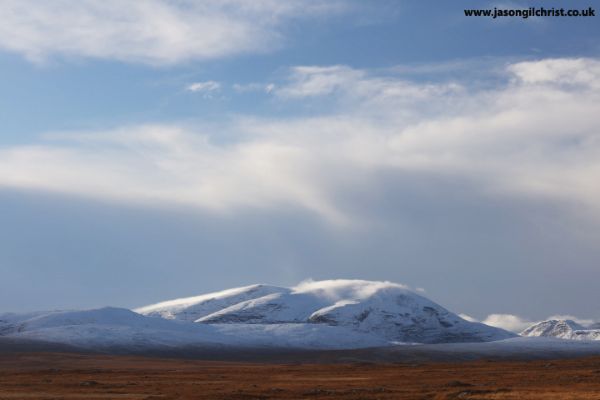 Snow on the mountains to the west, Sutherland. 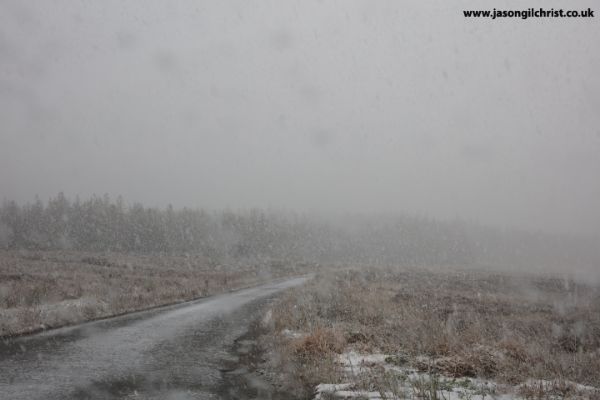 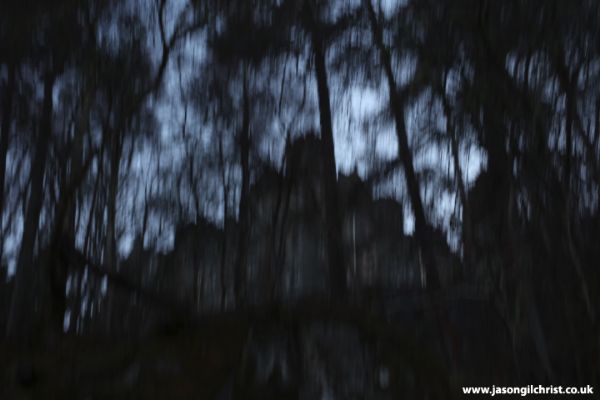 The lead image (click Blog if you cannot see it) is of a red deer stag by the A836, Sutherland.