At heart, I am an Ecologist. I marvel at and appreciate the diversity of life, and how it works. Understanding the interaction between the abiotic environment and biodiversity is not just interesting, but also vital to the future – of our landscape, life, and human populations. In a recent Blog, The Future Landscape of Scotland, I considered the link between geology and biology, geodiversity and biodiversity, and this featured as a Guest Blog for RewildingScotland.

Geology and biology are united not simply in contemporary environments, but also in time through fossils. Palaeontology (paleontology) is the study of past biology via rocks. Fossils are biology turned to geology. By studying fossils, palaeontologists (paleontologists) can identify the taxonomy, phylogeny, ecology, biomechanics and behaviour of past life on Planet Earth. In doing so, we understand not only the past, but also the present.

How life got to where we are now is a result of the past, of environmental selection pressures, and of evolution. How we manage our environments and biodiversity is informed by our understanding of the past and present. It is therefore vital that we conserve not only biodiversity, and rare extant (living) species, but also fossils of extinct species and palaeoenvironments (paleoenvironments; past habitats).

A year ago, on 28th December 2016, there was a bizarre festive occurrence – fossilised dinosaur footprints on the Isle of Skye, Scotland were tampered with. At the time the event was treated with a surreal seriousness. Ultimately, the incident was dismissed as harmless (the footprints were undamaged) and naive rather than conscious of the potential for damage. One year on, with a senseless act of dinosaur fossil footprint vandalism in Australia (the Bunurong theropod footprint) in the news, alongside the much larger scale assault on rare fossil sites in USA by the US Government (sanctioned, if not led by President Trump), it seems like a pertinent time to reflect on the societal value of fossils.

And so, my most recent popular science article, The Skye dinosaur footprint vandal: Lessons for assault on U.S. National Monuments, is published by EarthArchives. Sites worthy of protection and research for their palaeontological value are important and under threat in the same way that sites worthy of protection and research for their biodiversity value are. People need to stand up for nature – to demonstrate the value that society places on issues and areas of natural heritage – be they for their current biological value (e.g. due to rare species or high biodiversity) or their historical value as a window into the past (e.g. due to rare fossils or other geological features).

Our natural heritage is under threat and we need to support those individuals and organisations that stand up against individuals, industries and governments that would rape and pillage natural resources for short-term, short-sighted (and selfish) gain and to the long-term cost of local and international science and culture.

In the context of the National Monuments of the USA, back the Monuments For All, Protect Bears Ears and Save Grand Staircase Escalante movements. Wherever we live in the world, fossil footprints and other palaeontological artefacts represent part of our history, of the World, and we need to make it known that we value them above commercially motivated actions.

In an alternative Universe I am a palaeontologist. Way back and shortly before my PhD (on the behavioural ecology of banded mongooses…) I was signed-up for a MSc in Vertebrate Palaeontology. Unfortunately, I was unable to raise the funds to live and study in London for a year, fun though that would have been. A seminal character in my developing scientific interest in extinct vertebrates was the late Professor R. McNeill-Alexander, and his book Dynamics of Dinosaurs and Other Extinct Giants. Biomechanics (and anatomy) are at the root of understanding the behavioural ecology of dinosaurs (and other extinct creatures), including how they moved, what sounds they made, and how they reproduced. In particular, comparative anatomy plays a major role in how we reconstruct the lives of long-gone animals. In short, scientists apply anatomical and physiological rules of thumb, learned from extant (living) animals to bring extinct animals back to life. No, I don't mean resurrection, or de-extinction, as for Jurassic Park and Jurassic World, but in terms of our ability to recreate the lives of dinosaurs and other extinct creatures in the written word, artistically via palaeoart (paleoart), and ideally on the cinema and TV screen (e.g. as in recent The Real T Rex with Chris Packham).

For The Skye dinosaur footprint vandal: Lessons for assault on U.S. national monuments article I found myself doing some biomechanics from palaeoichnology (the study of trace fossils, e.g. fossil footprints). Based on Dr. Neil Clark’s interpretation that the An Corran prints were made by a large predatory carnivorous theropod dinosaur akin to Megalosaurus (i.e. a bipedal dinosaur), I used the footprint and trackway data from the scientific paper by Clark et al (2004) to estimate the dinosaurs size and speed, using McNeill-Alexander’s biomechanics approach (updated by Dr. Richard Thulborn). This was back of an envelope stuff. And highly inferential. Ultimately, estimating the size of a dinosaur from its footprints is full of uncertainty. And subsequently estimating its speed doubly so. But it was fun. Even with a relatively complete skeleton of bones, estimating the size of a dinosaur can be controversial.

Whilst most popular and historical estimates of megalosaur mass are in the region of 900 kg, contemporary estimates are 4 to 5 times greater. For example, Wiehenvenator, a megalosaurid recently described by Rahault et al 2015 from Germany, and likely to similar size to the dinosaur that made the footprints at An Corran, Staffin, Skye is thought to have weighed 4 to 5 tons. That is equivalent to two white rhinoceros (a species that I have worked with at close proximity, see my Rhino! page) or an African elephant (the largest extant land mammal and a herbivore). I have been charged (and chased) by an African elephant and that was scarey enough. I don't want to imagine being chased by a carnivorous megalosaur... with those teeth [see the Figure of a fossil theropod tooth from the Isle of Skye reproduced from Brusatte & Clark 2015 in The Skye dinosaur footprint vandal: Lessons for assault on U.S. National Monuments.

Whilst the An Corran dinosaur of the Isle of Skye was big by the standards of contemporary land animals, it was nowhere near the largest dinosaur. Dreadnoughtus, discovered by Professor Ken Lacovara (author of Why Dinosaurs Matter) is estimated to be the heaviest dinosaur known to ever have lived at 59,300 kg. And therefore amongst the largest land animals ever to walk the Earth. It is thought that the fossilised specimen of Dreadnoughtus was not a fully grown adult - evidence from the bones suggest that it was still growing... and so could have matured to be even bigger!

It is an exciting time for palaeontology in Scotland, particularly with recent finds from the Isle of Skye… Indeed, palaeontology generally is reaching a level of biological interpretation based upon and rivalling the contribution and resolution of studies of modern organisms and environments. A recent talk at the Palaeontology Association meeting 2017 by Dr. David Unwin on pterosaurs was remarkable in highlighting the level at which scientific debate is occurring. Palaeontologists are debating whether freshly hatched pterosaurs could fly or not. The debate is fuelled by analysis of the anatomy of fossil embryonic and hatchling pterosaurs – with the recent pterosaur fossil egg hoard from China providing new evidence and fuel to the fire of debate.

From footprints in the sand (or mud) to giant dinosaurs to the reproduction of flying reptiles… there is a world of fascinating science out there. We can only learn from it if there is a willingness to conserve important fossil sites. Protecting the past may be important to protecting the future.

My latest palaeontology article, also on dinosaur footprints discovered on the Isle of Skye, can be found on EarthArchives here: Walking in the Footsteps of Dinosaurs.

Below: images of Scottish fossils, Skye & related palaeontological material. Click on an image to read more about it. 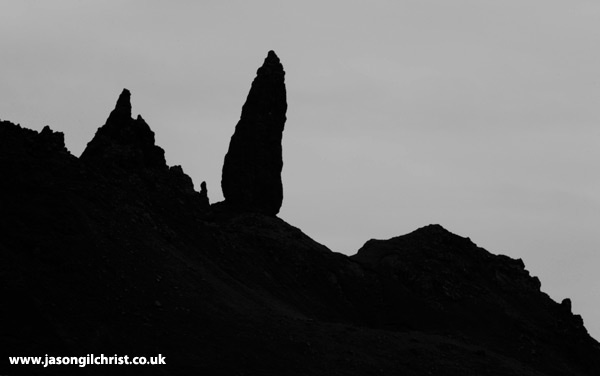 The Old Man of Storr, Isle of Skye, Scotland. Skye is wonderful in terms of its landscape and geology, irrespective of the fantastic fossils that it is revealing. 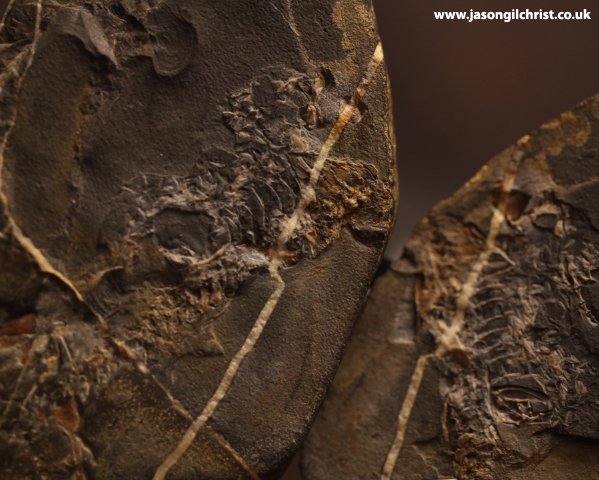 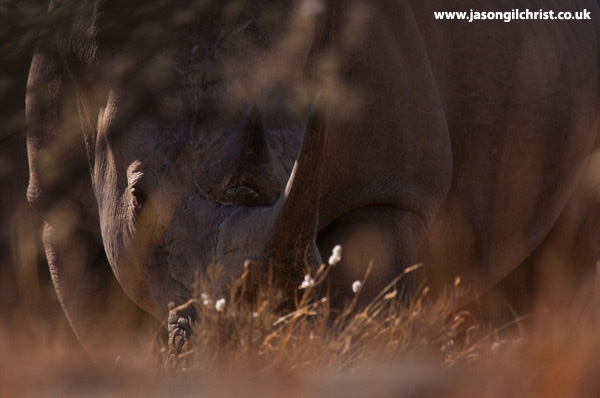 This is a white rhinoceros (Ceratotherium simum). It is big. The An Corran dinosaur likely weighed the equivalent of two white rhino. 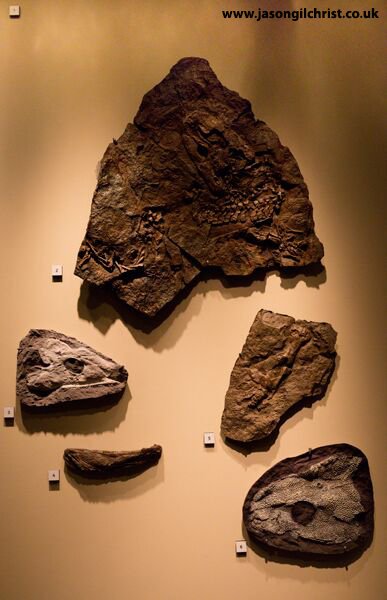 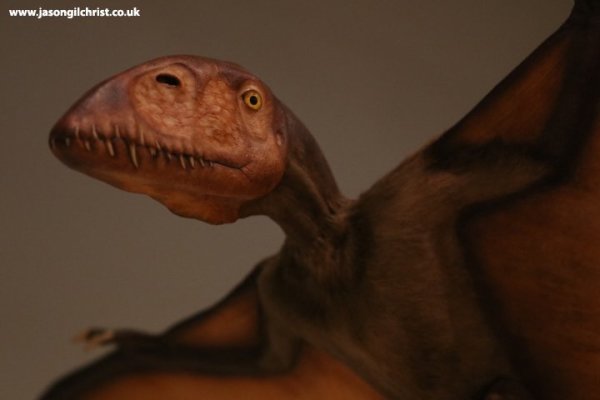 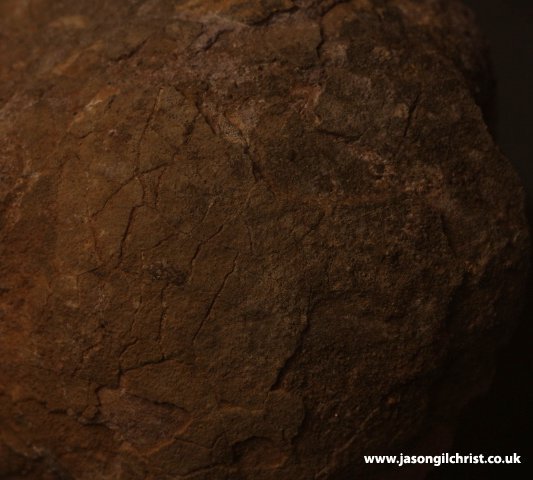 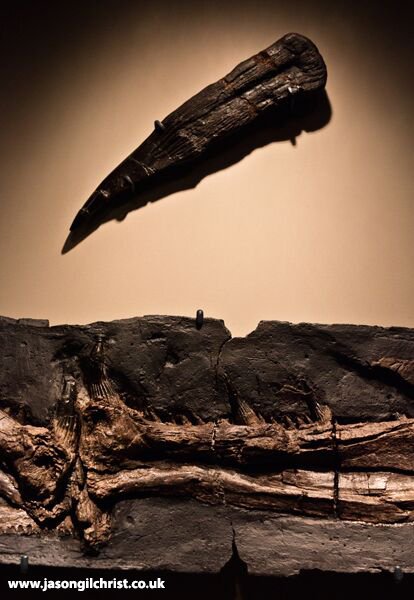 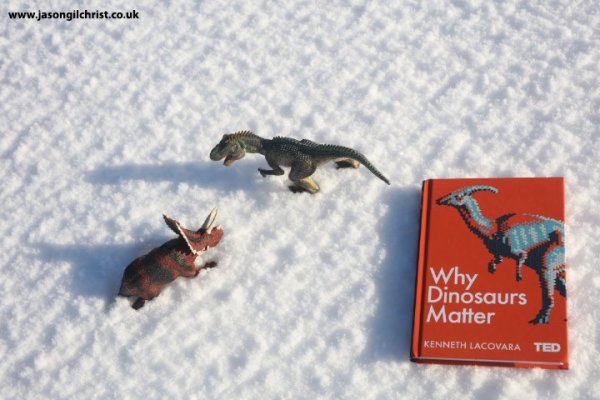 Why Dinosaurs Matter... in the Bathgate Hills. 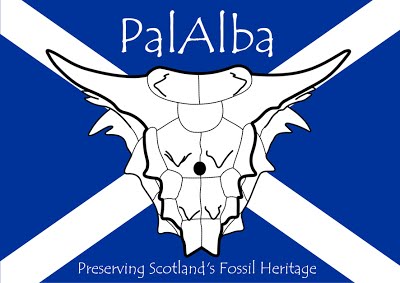 The lead image (click Blog and scroll down if you cannot see it) shows the blue dinosaur, a theropod dinosaur, on the steps of Dynamic Earth, Edinburgh, Scotland.

Walking in the Footsteps of Dinosaurs - my latest palaeontology article for EarthArchives.

Also see links within Blog (above) and References section of The Skye dinosaur footprint vandal: Lessons for assault on U.S. National Monuments article.