The article below is an extended version of the article, Elephant ivory: DNA analysis offers clearest insight yet into illegal trafficking networks, published in The Conversation.

Wildlife crime and the illegal wildlife trade is, to most of us, an invisible problem. We don’t see the animals killed or captured, dead or suffering. We don’t see the products. But, sadly, it is there. And it continues to compromise the survival and welfare of species, not only at the individual level, but at the population, and species levels. Simple economics dictate that the rarer something becomes, the more that it is worth.

That works two ways, ofcourse. Endangered species are often desired/desirable for their ‘products’ because they are rare. Or the demand for a desirable wildlife product can drive a species toward endangerment think rhino, for example. And the more desirable or endangered a species becomes, the more valuable it becomes, although not only to consumers of illegal wildlife-derived products. Conservationists, fighting to stem the loss of biodiversity, for the sake of the species, their ecosystems, and ultimately us, Homo sapiens, the most successful and destructive species of them all, are drawn to endangered species (by definition rare and/or rapidly decreasing) by necessity.

Sometimes, wildlife crime is so invisible, it is difficult to know where to start, in order to stop it. You cannot solve a crime (or prevent future happenings) if you don’t have evidence of the crime. And, often, the evidence is difficult to get, problematic to interpret, or limited and piecemeal. In order to maximise the value of effectiveness of laws, regulations, and enforcement, on occasion we need to apply Sherlock-Holmesian science to understand the nature of wildlife crime and the illegal wildlife trade.

A scientific study by Wasser et al, Elephant genotypes reveal the size and connectivity of transnational ivory traffickers, published in Nature Human Behaviour applies cutting edge Sherlock-Holmesian science to extract as much data as possible from what we have from the illegal elephant ivory trafficking network in Africa. In science, with data, comes knowledge and understanding. In wildlife conservation, success depends upon knowledge and understanding. 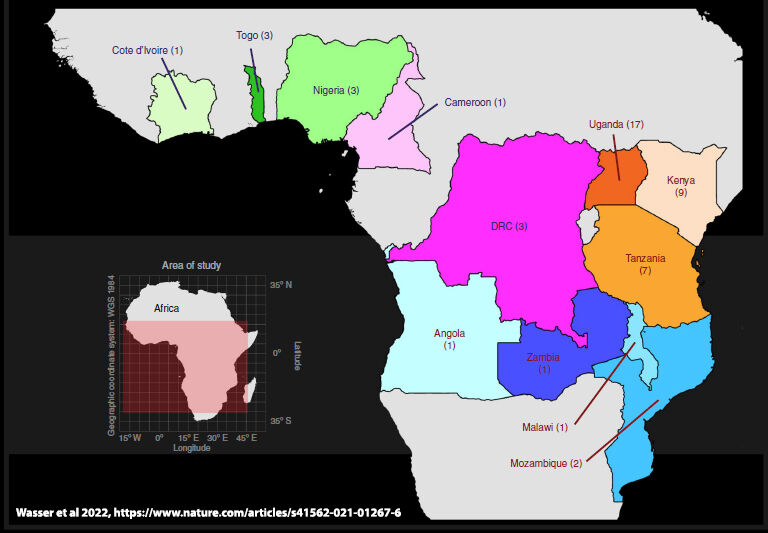 
The study analysed the DNA of ivory from 4,320 elephant tusks from 49 large ivory seizures originating from African ports. The tusks were impounded between 2002 and 2019. Firstly, let’s think about the scale of that: it’s 111 tonnes of elephant ivory and, thanks to the sampling method, that’s from at least 4,320 elephants (split between savanna and forest elephants, Loxodonta africana and Loxodonta cyclotis). Those elephants were poached; illegally killed. That’s a lot of product for an illegal good. And it is likely the tip of the poaching/illegal ivory iceberg: how many shipments got out of Africa during this period undetected?

The African elephant was recently acknowledged to be two species, thanks to genetic evidence; African savanna, and African forest, and in 2021 we had the first IUCN Red List assessment for the newly separated-species. It put the savanna elephant on the Endangered list, and the forest elephant as Critically Endangered. The number of savanna elephants has declined by at least 60% over the last 50 years, with forest elephant populations decreasing by more than 86% over a 31-year period. The population declines are due principally to habitat loss and poaching. 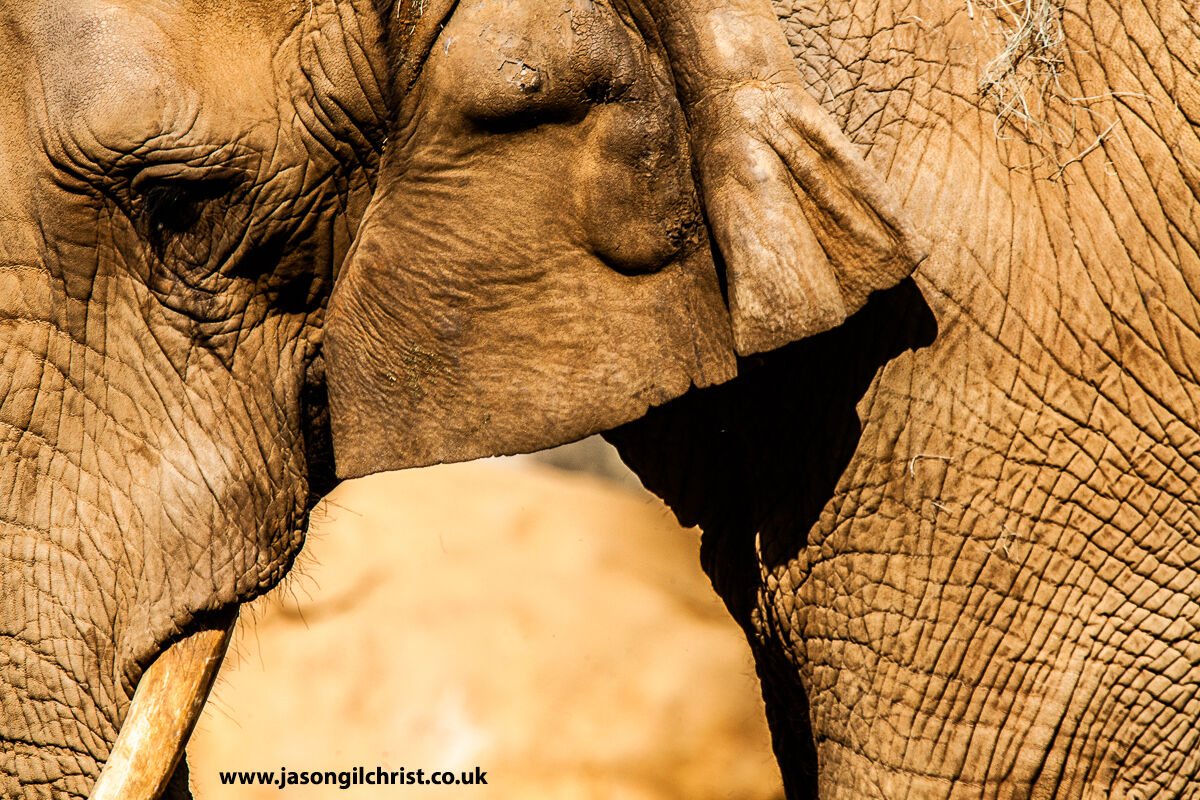 
Overall, it is estimated that 6% of the total African elephant population are forest elephants. From the genetic analysis of tusks seized at African ports, 23% were forest elephants. So, forest elephants are being persecuted a higher relative intensity than savanna elephants. This may be in part due to having a higher density ivory, making it more desirable, but also may be due to greater ease of poaching, and transportation out of west Africa.

The data indicate that several shipments confiscated from across different African ports (and nations) contain ivory from the same bands of close relatives. So, elephant tusks poached locally, are subsequently split up and containerized (packaged for transport) for shipping mostly by marine cargo ships, although some go internally via road or rail, via different African ports, and often different nations from where the elephants lived out their prematurely cut-short lives, presumably to reduce the loss if/where detected. Traffickers are not putting all their eggs (tusks) in one basket (shipping container/port), but putting them in lots of baskets in different places. There are nearly one billion shipping containers travelling the world each year. They cannot all be checked, and not all that are checked are done so with the diligence necessary to detect illegal wildlife products.

There is a tendency to think of poachers as being poor local people, and in some cases they are, but the data indicates that the power-players in the elephant ivory illegal network are major transnational criminal organisations (TCOs). Linkages of matching tusks of close familial relationships (parent-offspring, siblings) between shipments helped to identify three major TCOs, based in Mombasa (Kenya), Kampala (Uganda), and Lomo (Togo), with some overlap between them. Indeed, the Mombasa and Kampala TCOs may well be arms of a single large TCO, with links across East Africa and Southeast Asia. Nevertheless, linkages will be underestimated given likely low detection rate of illegal ivory shipments, and practical constraints on DNA sampling and analysis (not all tusks in every shipment captured can be genotyped).

Alarmingly for me, my old stomping-ground Uganda, where I was privileged to see and be amongst wild elephants on numerous occasions, has become a growing hub for containerization of elephant ivory… However, the ivory illegally shipping from Uganda is not principally of Ugandan elephants, with the source populations being Tanzania and Kenya. The data also indicate an increase in recent times of connectivity between ports across nations, so illegal ivory caches are being split and transported across an African network to ultimately be containerized for shipping. This highlights the reach of the TCO’s. 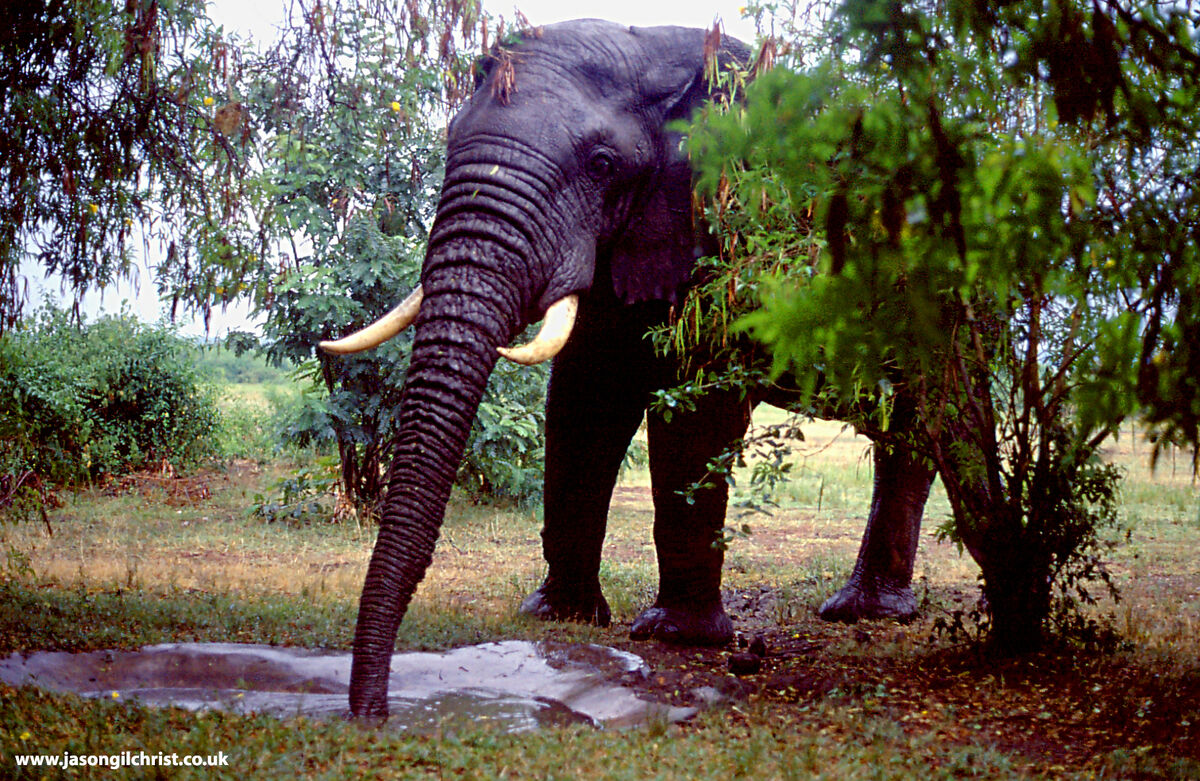 
The most recent seizure in the dataset, also contained 12 tonnes of pangolin scales. Pangolins are the most poached animal in the world. Other shipments include rhino horn. In many cases, the ‘cover load’ for containers with the animal parts, is timber (which the animal products are hidden within), but even the timber itself tends to contain illegal harvest. This shows that the TCO’s are likely routinely involved in multiple wildlife crimes, involving numerous protected species. Trading illegally in endangered species is just one element of money laundering that TCO’s are known to be involved in. Others include terrorism, and trafficking of weapons and drugs.

Changing patterns in distribution can be due to changing patterns of trafficking, but may also be due to changes in effectiveness of law enforcement (and seizure of illegal containers), with the former also being affected by the latter. A TCO may change ports to try to evade increased law enforcement at an existing outlet. That TCO’s appear to be large with expansive and adaptable transport networks means that effective law enforcement needs to similarly be expansive (i.e. transnational) and adaptable, involving governments (international, national, and local), scientists, conservation NGO’s and the private sector.

Corruption is also an issue. At least some of the impounded ivory was taken from a Burundi Government stockpile. What DNA analysis like this shows, is where elephant ivory is coming from, and it can also link multiple shipments to a TCO, thereby potentially tying together a plethora of crimes, and enabling the true scale (and punishment) of criminal activity to be realised.

It is easy to forget, when digesting a science of numbers, that ultimately the data in the paper represent dead elephants. The ivory seizures contained many more tusks that were not sampled. Lead author of the study, Professor Wasser, estimates the number of elephants represented by the total haul of 111 tonnes, at ~17,619 individuals. If we do some quick, back-of-an-envelope maths, that represents 84,945 tonnes of elephant biomass removed from the ecosystems from which they contributed to (that is roughly equivalent to 1000 Boeing 737’s at take-off weight, over 3 times the Statue of Liberty, or 6715 London double-decker buses). And there will be many more illegal ivory shipments that pass through undetected. So, the scale of elephant loss, in terms of number of individuals, but also ecosystem engineering biomass is massive. 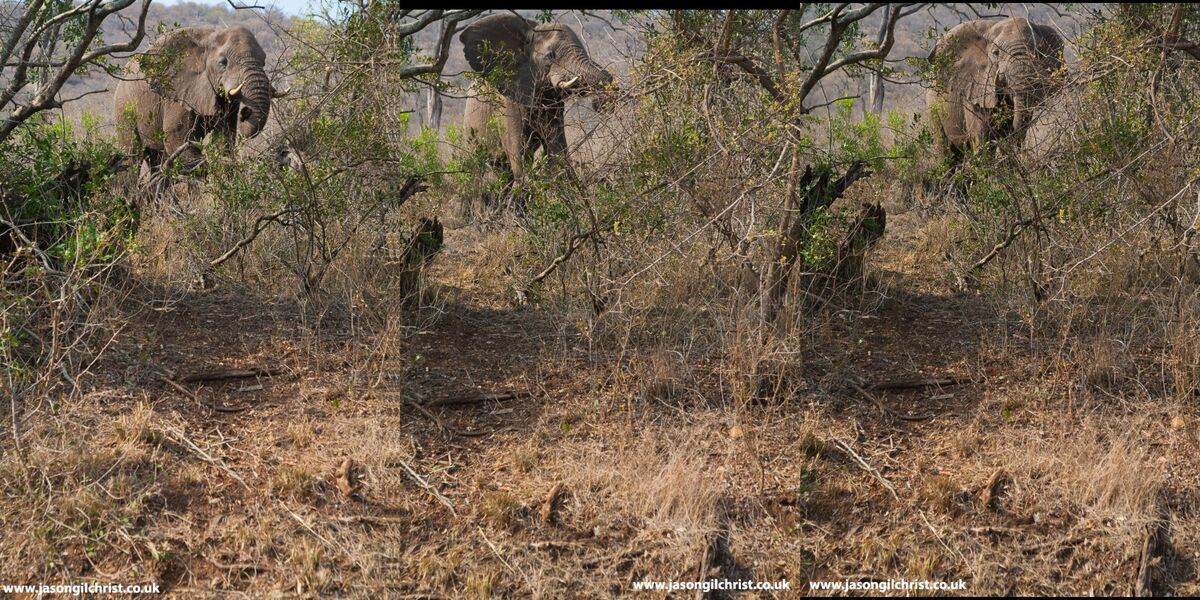 Savanna elephant, Loxodonta africana, in the wild, where we want elephants to remain, alive, free and doing their stuff, Mpumalanga, South Africa.

Understanding the source and networks that illegal wildlife products travel is inarguably helpful in acting to stop the crime. However, ultimately, if there is no demand for the products, poaching and illegal trafficking will dissipate. So, alongside evidence-based, targeted and more effective law enforcement, based on genetic data ala the aforementioned study on ivory trafficking, it is vital that there is major effort to promote human behaviour change. We need to make investment, ownership, consumption or use of illegal wildlife products an embarrassment, a slur, and socially unacceptable badge of shame, rather than a status symbol.

Ultimately, we need evidence for knowledge and understanding. To successfully conserve elephants and other endangered species for the individuals, the species, and the ecosystems that they contribute to.

Conciatore, J. 2020. Up to 2.7 million pangolins are poached every year for scales and meat. African Wildlife Foundation.

Environmental Investigation Agency. 2020. Out of Africa: How West and Central Africa have become the epicentre of ivory and pangolin scale trafficking to Asia.

Helping Rhinos. Why are rhinos endangered?

INTERPOL. 2020. Forestry crime: targeting the most lucrative of environmental crimes.

Morris, C. 2021. The ‘Enterprise’, the Burundi Stockpile, and other Ivory Behind the Extradition.